In 1972 while driving around California, Gus Foster photographed through his car window, using his camera as a notebook, a record of where he had been. The experience photographing―and later, filming―through the moving car’s window greatly influenced his later use of panoramic cameras and his exploration of time. Foster was also impressed by landscapes of the mountain West by pioneer photographers Carleton Watkins, Timothy O’Sullivan, and W. H. Jackson that documented the majestic vastness of the Rocky Mountains. He would spend fifteen years photographing the Rockies, crossing the continent from Canada to Mexico, and climbing the highest summits carrying a load of equipment much like these early photographers. This retrospective monograph is a remarkable visual record of Foster’s forty-five-year journey making panoramic images and details the photographer’s travels across North America and beyond. From Alaskan glaciers to Times Square in New York City, he turned his cameras on high mountain terrain and desert and urban lowlands, as well the massive acreage used for food production with its landscapes of wheat, corn, wild rice, and other crops. Also included is a selection of Time Photographs made with a portable panoramic camera capturing multiple revolutions of more than 1000 degrees while literally recording multiple moments in time in a single image. The scale of Foster’s photographs―prints measuring up to sixteen feet―are distinctive and impressive. The 360-degree angle of a Foster panorama, writes Evan M. Maurer, “turns in a circle; at one glance, you can see everything around you―to infinity from any point on the compass. As Gus told me, ‘It’s like having eyes in the back of your head.’”

ON SALE. Enter code at checkout to receive the sale price. 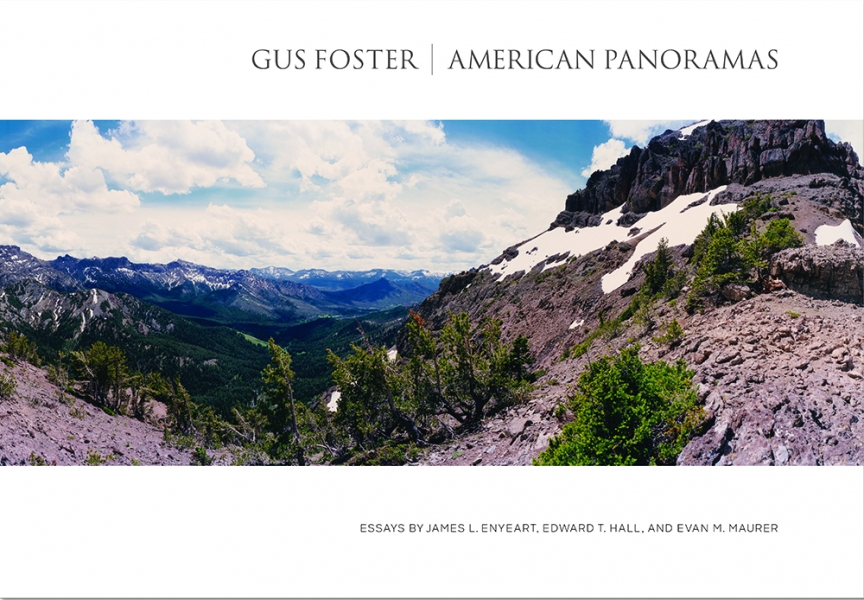