In the history of photography, Anne Noggle (1922–2005) stands alone among the great American photographers for her powerful, wry portraits (including self-portraiture) of aging women, women’s bodies—as Noggle called it, “the saga of fallen flesh.” Noggle’s unique vision has shaped the medium in ways that have yet to be adequately acknowledged. Suffusing her photographs are her profound joie de vivre, humor, and defiant humanism. Noggle took up photography after a successful career as an aviator—she had been a Women Airforce Service Pilot (WASP) during WWII, served in the Korean War, and afterward was a stunt and crop-dusting pilot in Texas. At the age of 38 she enrolled at the University of New Mexico earning a BA in art and art history and an MA in photography in 1970. Since Noggle’s death her work has been in the custody of the Anne Noggle Foundation, which placed her complete archive at the Harry Ransom Center, The University of Texas at Austin, so researchers may obtain access to her work. FLIGHT OF SPIRIT is a commemorative retrospective featuring portfolios of Noggle’s photographs selected by Martha A. Strawn, president of the Anne Noggle Foundation, and discussed by art historian Lili Corbus. Respected art critic and writer Lucy R. Lippard contributes the foreword. 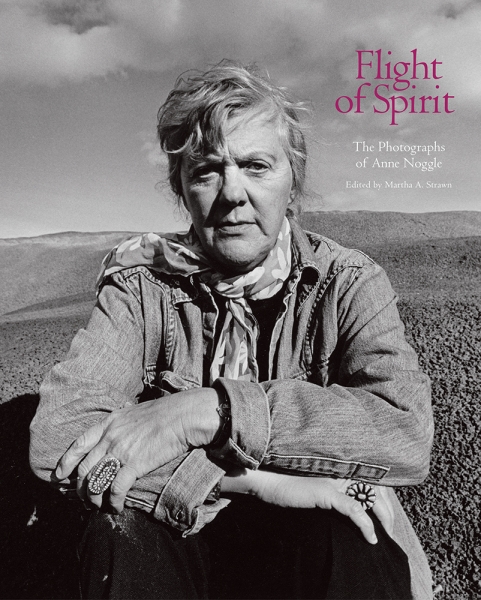