Bio: Dwight P. Lanmon has written or collaborated on more than a half-dozen landmark publications about Southwest Native American pottery including The Pottery of Zia Pueblo and The Pottery of Santa Ana Pueblo (with Francis H. Harlow and Duane Anderson). He has served as director of the Winterthur Museum and director and curator of European glass at the Corning Museum of Glass. 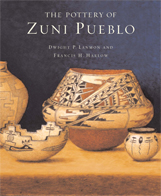 The Pottery of Zuni Pueblo 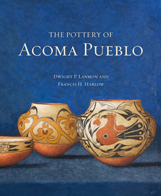 The Pottery of Acoma Pueblo