Bio: Anne Noggle (1922–2005) served as a Women Airforce Service Pilot during World War II and was captain in the US Air Force from 1953–59. Noggle’s interest in photography began while studying art at the University of New Mexico in Albuquerque. She later taught art and art history at the university as adjunct professor and curated photography exhibitions. She was the first photography curator at the New Mexico Museum of Art (formerly Museum of Fine Arts) in Santa Fe, 1970–76. Noggle received international recognition and numerous awards for her photography, including grants from the National Endowment for the Arts and a John Simon Guggenheim Memorial Foundation Fellowship. She died in Albuquerque at the age of 83. 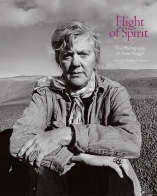