22 Years and All I Got Was a Cheeseburger

From 2004 to 2009, the Albuquerque Journal North ran the ¡ÓRALE! SANTA FE column by Santa Fe native and veteran journalist Arnold Vigil. The editor gave carte blanche to Vigil in his selection of topics ranging from encounters with locals and tourists to social commentary about changes that have taken place over the years. Vigil’s local perspective and humorous insights about Santa Fe, its inhabitants, and visitors struck a chord with readers―native Nuevomexicanos and long-time residents alike. Despite its popularity, the column was discontinued as a result of the economic downturn. Santa Fe Different is a compilation of Vigil’s favorite columns, mostly standing the test of time. Santa Fe is ever-changing but remains a little big town―a major arts center, tourist destination, and the seat of New Mexico government. People unfamiliar with the storied past of New Mexico’s capital city may not realize that there is an established, local community with centuries-old lineage. Vigil’s razor-sharp observances on life and culture in Santa Fe―including its politics and politicians―reveal both its strengths and downright weaknesses, which many will agree with (or not). 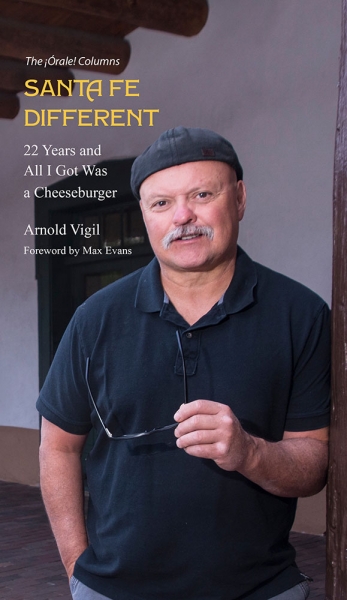