Across the road from the old church in the Village of Corrales, New Mexico, stands Casa San Ysidro: The Gutíerrez/Minge House, built circa 1875, named for the original owners and the couple who purchased and restored the property to evoke New Mexico’s past. Inside the adobe walls of Casa San Ysidro are the furnishings, tools, and art used when New Mexico was a remote frontier. The property includes a nineteenth century rancho recreated by former owners Dr. Alan and Shirley Minge, complete with a small family chapel, a central plazuela, and an enclosed corral. In 1996 the property, which is listed on the State Register of Cultural Properties and El Camino Real de Tierra Adentro National Historic Trail, was donated by the Minges to the Albuquerque Museum along with a stellar collection of historic New Mexican artifacts. Casa San Ysidro is today a museum showcasing the house and collections, giving an intriguing glimpse into the way New Mexicans lived in an earlier time. Dr. Minge tells the story of Casa San Ysidro’s past and present, of its renovation and reconstruction. Color and black-and-white photographs show the architectural changes over the years and highlight the collection housed inside Casa San Ysidro from the Spanish Colonial, Mexican, and Territorial periods including tinwork, ironwork, carpentry, weavings, Pueblo pottery, Navajo and Apache textiles and basketry, and other furnishings. 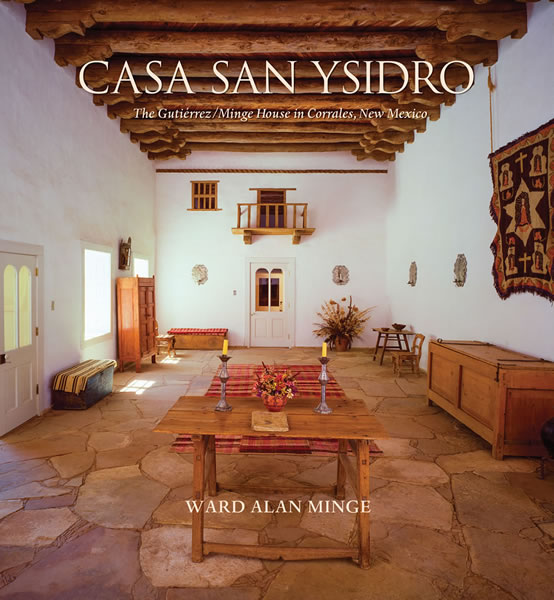